To view these documents you will need Adobe Acrobat Reader. It is a free download from Adobe.com. Click here for Adobe.com.

Documents open in a new window.

This lawsuit claimed that the Defendants, L & W Engineering and Southtec, LLC, violated Title VII of the Civil Rights Act of 1964, 42 U.S.C. § 1981, the Tennessee Human Rights Act and Tennessee’s “Whistle-blowing” laws by not hiring certain individuals who applied to be employed at Southtec’s Lebanon, Tennessee facility from January 1, 2002, to the present based on an applicant’s race or national origin. The Court did not decide which side was right, but both sides agreed to the Settlement to ensure a resolution, avoid the cost and risk of litigation, and to provide benefits to Class members. L&W Engineering Co., and Southtec LLC agreed to create a fund to be divided among the three individual Plaintiffs and all Class members.

Update: As of May 20, 2008, all claims have been processed and either approved or rejected. A redacted list of approved claims and a redacted list of rejected claims can be found here with the rejected list including a reason for rejection. (The list includes only last name, first initial, and last four of your social security number.) If your claim was approved, you should have already received a check from the Fund Administrator in New York. Of all the checks distributed, all but three have been cashed. After repeated attempts to contact the three, the checks have been flagged for stop-payment. There are no other pending claims or outstanding checks. If your claim was rejected, you can find the reason why on the list. THERE IS NO APPEAL OR RECONSIDERATION. A final report of how the entire fund was distributed will be generated after the approved claims are paid and other matters resolved. There is a small fund balance remaining that will be distributed to non-profit legal organizations that concentrate their practice on litigating cases on behalf of individuals that have been discriminated on the basis of race, gender, or other protected classifications. Some of the case documents are available for review here. Any other documents, not shown, may be accessed and viewed via the court’s electronic document viewing service at http://pacer.psc.uscourts.gov/ with a properly issued password and user name. (Registration is free but the site does charge a small fee for document viewing and printing).

This lawsuit claimed that Rutherford County Judicial Commissioners set bail based on a preset list of charges and set bail amounts without regard to an individual’s personal likelihood to flee or be a danger to society if released. The list included offenses which have been declared unconstitutional or abolished by statute, such as “Homosexual Acts” and “Vagrancy”. (See list below) The U.S. Constitution requires an individualized assessment prior to setting bail and bail set by a preset list or arbitrarily is unconstitutional. Rutherford County agreed to settle the case immediately, paid the plaintiff $10,000 and agreed to stop the practice of preset bail by this list and issued a new policy manual to its judicial commissioners. (See settlement agreement and new policy manual below.) Unfortunately, it appears that Rutherford County might be up to its old tricks and a new lawsuit is being contemplated. If you have reason to believe that Rutherford County is starting to set bail based on a preset list and not on a person's likelihood to not appear for court, please contact me.

This lawsuit claims that Henry County maintains a policy of denying bail to all persons arrested for domestic assault and sets bail for all other offenses based on a preset list of charges and amounts. During discovery, it was also revealed that Henry County holds arrestees who are foreign born and of limited English ability for clearance by the Immigration and Customs Enforcement but only if they have brown skin. A Title VI complaint has been filed with the U.S. Department of Justice and that complaint is still pending. As for the civil case, it was unfortunately (and improperly, in my opinion) dismissed by the district court. The case was appealed to the Sixth Circuit Court of Appeals in Cincinnati. Unfortunately, and incorrectly in my opinion, the Sixth Circuit affirmed the dismissal. In so holding, the panel cherry-picked the language of Stark v Boyle, 342 U.S. 1 (1951) that held that bail is not excessive under the 8th Amendment unless it is higher "than that usually imposed for offenses with like penalties" and ignored the part of the same case that held that since "the function of bail is limited, the fixing of bail for any individual defendant must be based upon standards relevant to the purpose of assuring the presence of that defendant." The two holdings in the same U.S. Supreme Court are mutually exclusive as bail cannot be both individually based on a particular defendant AND based on a class of offenses with like penalties. This is the conundrum in the law of bail as it stands and the Sixth Circuit chose to address the seeming contradiction by ignoring one sentence and hanging its hat on the other. This decision was appealed to the U.S. Supreme Court but they denied review. Until the U.S. Supreme Court decides to take up a case where bail is set based on a list of offenses and not on an individual's likelihood to flee or be a danger to society if released and resolve the ambiguity caused by its own badly worded decision in Stark, the poor will continue to languish in jail as pretrial detainees solely because they cannot afford a monetary bail that was set based on some arbitrary list.

This lawsuit claimed that Davidson County sets bail based on a preset list, maintains a minimum amount of bail that must be set by judicial commissioners, and often gives arrestees the choice of paying a cash bond or using a bailbondsman at a higher bond amount, all without any individualized assessment of that individual’s likelihood to flee or be a danger to society if released. The case was dismissed by a Magistrate Judge (hearing the case by consent of the parties) and was appealed to the U.S. Circuit Court of Appeals for the Sixth Circuit which affirmed the dismissal. In my last conversation with a Davidson County Judicial Commissioner, he admitted that they do not follow the law with regards to the factors to consider before setting bail. When I asked him why not, he just shrugged his shoulders.

This lawsuit claimed that Macon County sets bail based on the charged offense, denies bail if a police officer wishes to question the person arrested (called “hold for investigation”), increases bail for subsequent offenses of the same type, all without any individualized assessment of that individual’s likelihood to flee or be a danger to society if released. The case was granted class certification by the district court judge. At a scheduled deposition, the plaintiff and class representative was arrested when the defense attorney for Macon County, Mary Ferrara, formerly of Farrar and Bates in Nashville (and now employed by the Tennessee Attorney General's Office), surreptitiously called the Sheriff's Department after she learned that there was an arrest warrant out for him. A low, dirty and shameful defense trick to try to win the case. In the jail, the plaintiff suffered a stroke and was unable to continue as class representative and the case was untimely dismissed for failure to prosecute.

But Macon County and its judicial commissioners, Phillip Spears Sr. and Phillip Spears Jr, are at it again. This time, Phillip Spears Sr. denied bail to three black men for unstated reasons while granting bail to white people arrested on the same day. Because no judges were in town due to a judge's conference, the three men were unable to appeal their arbitrary denial of bail and remained in jail for over a week. Although the Court Clerk, Mr. Richard Gann, also had statutory authority to set bail, he likewise failed in his duties. When asked why he did not set bail pursuant to statute, he angrily slammed the window at his counter shut on me. This case is still pending.

This lawsuit claimed that Trousdale County set bail based on a preset amount based on the charged offense without regard to an individual’s likelihood to flee or be a danger to society. Trousdale County also “hold[s] for investigation”, arrests homeless people and places them in jail on cold nights without their consent (they call it “safekeeping”), refuses bail for out-of-county warrants, refuses bail for those arrested on failure-to-appear warrants, refuses bail on an arbitrary basis when the judicial commissioner simply doesn’t know what bail amount to set, bases bail amounts on the judicial commissioner’s personal knowledge of a person’s “reputation”, and otherwise sets bail on flat dollar amounts under the belief that everyone will flee if not deterred by a monetary bail. This case was granted class certification but was ultimately dismissed by the district court judge by ruling that all the unlawful acts committed by Trousdale County were merely negligent but not necessarily unconstitutional.

This lawsuit claims that Wilson County refuses to advertise job openings and instead refers openings to white friends and family through a system of nepotism, cronyism and favoritism by all white department heads and hiring managers. This case is ongoing despite continued stone walling by Wilson County in terms of document discovery. Meanwhile, an expert retained by the plaintiffs concluded that there is definitely discrimination in job placement and pay based on gender and race. More cases are planned based on Wilson County's continued practice of hiring workers based on their relationship to currently employed white managers. 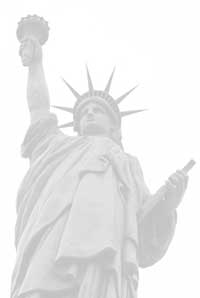 U.S. District Court for the Middle District of Tennessee

U.S. District Court for the Eastern District of Tennessee

U.S. District Court for the Western District of Tennessee

U.S. District Court for the Eastern District of Kentucky

All Tennessee and Kentucky state courts